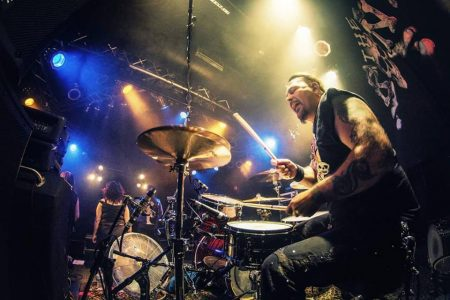 Making changes. Left Bulletboys a week ago. Wish them the best of luck in the future. All good in Duncan Land.
1228
0

The BulletBoys have announced that they have parted ways with their drummer Shawn Duncan who according to Wikipedia, was with the band since 2014 and played on the group’s last studio album Elefante’.

Having thought long and hard about how to proceed with the future of the band’s best interest, its members unanimously decided to replace drummer Shawn Duncan. Shawn is a talented drummer and this change will allow him to focus on his other projects. We wish him the best of luck in his future endeavors. Press Release to follow.”

Duncan also posted a message on his Facebook page today and prior to the BulletBoys‘ announcement where the former states:

Making changes. Left Bulletboys a week ago. Wish them the best of luck in the future. All good in Duncan Land.

Sleaze Roxx stated the following in its review of Bulletboys‘ Elefante’ album:

Torien‘s terrific vocal delivery together with good, strongly written songs, produced in a finally more rock oriented manner, all make for a good album. Elefante’ is worth a listen and I encourage you to get it. I always like when I have reservations about an album at first and then it surprises me in a good way — and that is the case with Elefante’.

© 2020 MusicHearts. Use of materials MusicHearts.ru allowed only with the active link to the source. All rights to the image and text belong to their author.
working on Lucky Framework 20.02 Mercurielle, 46
Common Questions info@musichearts.tv