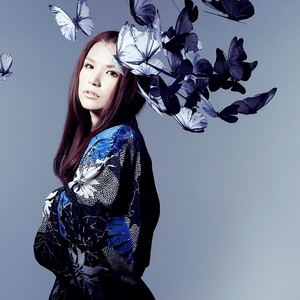 Superfly is the name of more than one artist.

1) Superfly is a popular Japanese rock act founded in 2004 by singer and lyricist Shiho Ochi and guitarist / composer Kōichi Tabo. Originally a duo upon their major label debut in 2007, Superfly is currently a solo act consisting of only Shiho Ochi, following Tabo's departure in 2007 (though Tabo is still credited as Superfly's composer and part-time lyricist). Having released 4 studio albums to date and 1 covers album, Superfly is currently one of only four female acts in Japanese music history to have 5 consecutive #1 debuts on the Oricon Album Chart.

Ochi first met Tabo in 2003 while attending Matsuyama University, where their mutual fondness of classic rock and blues music brought them together. Both soon became members of a music circle that covered songs by acts like Finger 5 and the Rolling Stones. In 2004, the group formed the blues band "Superfly", naming themselves after the Curtis Mayfield song of the same name. The group disbanded in 2005, with only Ochi and Tabo remaining to seek out a record deal in Tokyo.

After a battle between labels, the duo eventually settled on Warner Music Group, debuting on April 4, 2007 with the single "Hello Hello". This was shortly followed by their Apple Store performance in Shibuya, Tokyo, and the subsequent EP "Live from Tokyo". On November 8th of that year, following the release of the group's second single "Manifesto", Kōichi Tabo announced on their website that he no longer appear on stage with Superfly, in order to concentrate on composing and writing. Besides being active behind the scenes as Superfly’s composer & arranger, Tabo has also written music for artists such as Charice Pempengco, Mai Fukui, Yuna Ito, Maaya Sakamoto, BECCA, Saki Fukuda, and Asia Engineer.

Superfly's debut album "Superfly" was released on May 14, 2008, and became an immediate success, topping the Japanese Oricon chart for two weeks and being certified 2x Platinum for sales of over 500,000 copies. Following its release, Ochi, who has a great admiration for Janis Joplin, was given the chance to travel to America and visit the legendary Haight-Ashbury section of San Francisco. There, she met up with Sam Andrew of Big Brother and the Holding Company, the footage later used as part of a documentary titled "Following the Steps of Janis", aired on Japan's Music On! TV. That same summer Superfly embarked on its first national tour entitled "Superfly Rock’N’ Roll Show 2008".

Superfly would tour heavily throughout the rest of 2008 and 2009, embarking on two separate road shows - 2008's "Superfly Encore 2008: Rock'N'Roll Show Vol.II", and 2009's "Superfly Box Emotions Tour 2009" - as well as two concert events "Superconnection 1st Anniversary Event CONNECTION VOL.1", and "Superfly 2009: Dancing at Budokan!!", both in 2009. During the 2009 "Heroes of Woodstock" tour, Ochi joined Big Brother and the Holding Company on stage and performed "Down on Me" and "Piece of My Heart" at their stop in Bethel, New York, the site of the original Woodstock Festival.

Superfly's second studio album, "Box Emotions", was released on September 2, 2009, which she celebrated by holding a free live show at Roppongi Hills Arena for her fans. "Box Emotions" debuted at #1 on the Oricon weekly charts, with the first week sales of 214,000 copies. The album was eventually certified 2x Platinum and named by iTunes Japan as the album of the year for 2009.

2010 brought Superfly a Best Rock Video win for "Dancing on the Fire" at that year's MTV VMAJ's, as well as a new single "Tamashii Revolution", which was used as NHK's 2010 FIFA World Cup theme song. "Tamashii Revolution" was later included as a B-side on the single and cover album compilation "Wildflower & Cover Songs: Complete Best 'Track 3'", which became Superfly's third album to debut at #1 on the Oricon.

Superfly returned to touring in 2011 after a year off, visiting 32 cities and 35 venues with the "Mind Traveler" show, played in support of Superfly's third studio album "Mind Travel", released on June 15, 2011. "Mind Travel" topped the Oricon weekly album chart with 166,000 copies sold in the first week, making it Superfly's fourth consecutive album to debut at number 1, a feat not accomplished by a female artist since Hikaru Utada in 2004. In August of 2011, Superfly announced that the band would go on an arena tour titled "Shout In the Rainbow!!", with shows at the Saitama Super Arena, the Nagoya Nippon Gaishi Hall, and the Osaka-jō Hall.

In 2012, Superfly participated in the JAPAN UNITED with MUSIC 30-member supergroup in recording a cover of the Beatles' "All You Need Is Love" to raise money for reconstruction efforts regarding the aftermath of the 2011 earthquake and tsunami. For the band's 5th anniversary, Superfly released the "Shout In the Rainbow!!" video album featuring performances from the band's December 2011 arena tour stop at the Osaka-jō Hall.

That same year Superfly recorded a duet with Tortoise Matsumoto titled "STARS", used as Fuji Television's official theme song for the 2012 Summer Olympics. This was shortly followed by the new single ""Kagayaku Tsuki no Yō ni / The Bird Without Wings", later included on the band's fourth studio album "Force", released on September 19, 2012. Like its predecessors, "Force" went straight to top of the Oricon weekly albums chart with 119,000 copies sold in the first week, making Superfly one of only 4 female solo artists in Japanese music history to have five consecutive number 1 debuts on the Oricon (including Namie Amuro, Mai Kuraki, and Hikaru Utada). This was shortly followed by the announcement of a new tour, "Superfly Tour 2012-13 "Live Force", starting in October of 2012.